In another of our continuing series of election events, the April 6th meeting of the La Mesa Foothills Democratic Club may prove to be the best yet. The longtime U-T Politics and Government Editor, Michael Smolens, will highlight and review many of the hot button local issues veteran politics watchers are discussing. It will be a Q and A session that will cover whether SD Democrats are “done-in” by recent council redistricting that seems to favor Republicans in local primaries, his predictions on the most heated races, the effects of the Briggs initiative on local development and the Chargers stadium, SANDAG planning and politics, the effect of the presidential race on turnout, and much more! Members and guests are encouraged to bring their best questions to Michael as he wraps up the 1st quarter of Campaign 2016 for us.

The La Mesa Foothills Democratic Club represents the communities of Grantville, Allied Gardens, San Carlos, Del Cerro, College Area, La Mesa, Santee, Mt. Helix, Casa de Oro, and many other close-in East County neighborhoods. We meet the first Wednesday of each month at the very nice La Mesa Community Center, 4975 Memorial Dr. La Mesa, just North of University. Social hour begins at 6:30 PM with snacks and beverages, with the meeting itself starting at 7 PM. Many candidates and progressive local organizations regularly set up tables and love to talk to our large and diverse membership. The meetings are open to the public and we encourage all local forward thinkers and progressives to check us out. 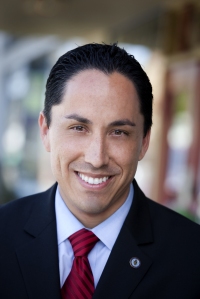 As if learning from Mr. Smolen’s long association with the U-T Political Beat was not enough, we will also welcome back old friend Todd Gloria to the club. Todd, the SD City Councilperson who took over the Mayorship in a very successful “sub” role, is looking to secure our endorsement for his run for the 78th Assembly Seat currently held by Toni Atkins. Toni is termed out and running for Senate, but Todd will remind us of his long progressive history in San Diego, initiating the Climate Action Plan among much else, and what his experience will bring to Sacramento.

And we’ll meet Ed Harris, the longtime progressive activist and head of the Lifeguards Union, and himself a “sub” on the San Diego City Council where he served when Kevin Faulconer was elected Mayor of San Diego. Now that Ed himself has challenged Faulconer for Mayor in this year’s election cycle, he’ll teach us why the current mayorship is untenable for working San Diegans, and how his election will propel the City towards higher wages for hourly workers, ensure environmental safeguards are put in place for all future development, will protect our beaches, bays and waterfronts for future generations, and why he’ll be more interested in focusing, with a full term as Mayor, on city business and many regional problems, than running for higher office in 2018.

Last on the docket, we’ll get caught up with the California Clean Money Campaign, with spokesperson James McCord. James will inform us about current efforts in the legislature, specifically the California Disclose Act, and the related Voter’s Right to Know Act. This initiative will go even farther in forcing all political ads to list the real backers and monied interests behind the ads. James is looking for volunteers to put the Act on the ballot in November. Many of you may remember James tabled with us at the March Meeting. 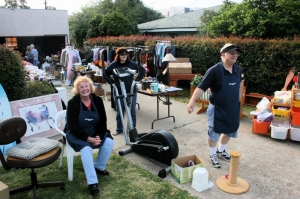 Every year, hundreds flock to this sale to pick up the many bargains donated by our members. Its proceeds are key to our having our meetings at the wonderful venue we enjoy each month, and the publication of our very popular newsletter, the Progressive Voice. For more information, please visit our website at www.lamesafoothillsdemocraticclub.com and like us on Facebook.

Bios: Michael Smolens has been government and politics editor at the U-T since 1992. During that time, he has overseen local, state and national political news. As a reporter, he covered politics at all levels, including San Diego City Hall and and did a four-year stint in the news organizations Sacramento Bureau. He graduated from the Univ. of Massachusetts/Amherst, where he majored in English and journalism. Smolens also attended Elmira (NY) College and was a goalie on the school’s hockey team. Declining reflexes persuaded him not to seek an NHL career.

Ed Harris served in the U.S. Marine Corps from 1984 through 1988, attaining the rank of corporal. He has been a lifeguard for the City of San Diego since 1989. In addition to his duties as a lifeguard sergeant, Harris is also a longtime leader of the city’s lifeguard union.  Harris is married, has two children, and lives in Point Loma. In March 2014 the District 2 seat became vacant when Faulconer was elected Mayor of San Diego in a special election to replace Bob Filner. Since there was less than a year remaining in Faulconer’s term in office, the City Charter empowers the City Council to appoint a council member; however, that appointed member may not run in the subsequent election. Twenty people applied for the appointment. The City Council chose Harris on its second ballot by a 5-3 vote. Harris is a Democrat, although City positions are officially nonpartisan per California state law.

Addressing the challenges of homelessness and affordable housing inspired him to pursue public office in 2008, when he was elected to serve as the councilmember for San Diego’s Third District, consisting of the city’s unique older urban neighborhoods. Thousands of affordable units were approved or constructed in San Diego since his election. By reallocating the city’s limited homeless services funds to results oriented programs. He led the way for San Diego’s first permanent year-round homeless service center and, as chair of the Regional Continuum of Care Council, he transitioned the city’s interim housing facility from a 16-week winter tent system to a year-round permanent program assisting approximately three times as many clients annually.

Councilmember Gloria currently chairs the SANDAG Transportation Committee and represents San Diego on the SANDAG Board of Directors and Executive Committee, and is Chair Pro Tem of the Metropolitan Transit System. He was selected by the City Council as its President in 2013 and 2014 and served as Interim Mayor of the City of San Diego from August 30, 2013 until March 2, 2014.

Prior to his election in 2008, Gloria served as District Director to U.S. Congresswoman Susan A. Davis and worked for the County of San Diego’s Health and Human Services Agency.

In 2013, Gloria was one of 24 individuals chosen for the Aspen Institute’s Rodel Fellowship Program for Public Leadership, recognizing him as one of the nation’s most promising young leaders in American government. Gloria is a graduate of the University of San Diego. A native of San Diego, Gloria is also a third generation resident of District Three and lives in Mission Hills.