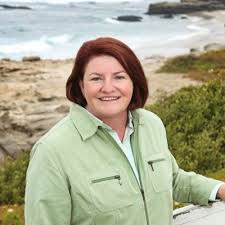 In a meeting sure to draw Region-wide interest, and many spectators, the January 6th meeting of the La Mesa Foothills Democratic Club should be full of fireworks and surprises! The contentious 39th Senatorial District race between incumbent Marty Block, and current Assembly Speaker Toni Atkins should make club history as the 2016 Election Cycle will be kicked off in grand style with an issues-filled debate between these 2 progressive heroes. And to top off the evening, we’ll have controversial attorney Cory Briggs present his Citizens’ Plan for San Diego to the gathering. Co-written by Donna Frye, this initiative will conjoin the San Diego River Park concept for the Mission Valley stadium area with plans for both a potential Chargers stadium downtown and a convention center expansion, both without traditional taxpayer subsidies.

Our meetings begin at 6:30 PM with a social ½ hour with snacks, sweets and beverages, and then down to business at 7 PM. Seating will be on a first come, first served basis for this extravaganza. The January meeting will be the second in our series of endorsement votes, with the active membership choosing their preference for whom to support in the 39th SD race. February will feature a debate and endorsement in both the San Diego City Attorney race, and the very local San Diego 7th District election. In March, we’ll hear candidates for the key District one election, and also the Presidential contest with representatives for Martin O’Malley, Bernie Sanders and Hillary Clinton all battling for our endorsement. New members must join the club 30 days prior to each debate to vote for endorsement. Existing dues paying members must be current in order to vote. See our website or FB page for additional details.

Senator Marty Block was elected in November of 2012 to represent California’s 39th Senate District, including the cities of San Diego, Coronado, Del Mar, and Solana Beach. He chairs the Senate Education Budget Subcommittee, the Senate Committee on Banking and Financial Institutions, the Capitol Knesset, and the Legislative Jewish Caucus. Senator Block was elected to the California State Assembly in 2008 where he represented the 78th Assembly District until his election to the Senate. He served as chair of the Assembly Higher Education Committee for three years.
Senator Block previously served for 8 years as a member of the San Diego County Board of Education and then served 8 years as President of the San Diego Community College District Board of Trustees. During that period he also served as a San Diego Superior Court Judge pro Tem, Statewide President of the California County Boards of Education, President of the San Diego Chapter of the American Jewish Committee, and Founding Chair of the San Diego Latino/Jewish Coalition. His most recent notable legislative success would be SB 850: Community College Baccalaureate Degrees: This game-changing legislation for higher education will allow a number of community college districts across the state to develop 4-year degree programs, increasing access for quality higher education in areas that have a demonstrated workforce need.

Assembly Speaker Toni G. Atkins has served in the California State Assembly since 2010 when she succeeded Marty Block in the 78th AD. She was elevated to the top leadership post in 2014, when her colleagues unanimously elected her 69th Speaker of the California Assembly. She previously served eight years on the San Diego City Council, and became a stabilizing force during a tumultuous period in 2005, stepping in as Acting Mayor after the resignation of the mayor.
Prior to her election as Speaker, she held the position of Majority Leader. She chaired the Assembly Select Committee on Homelessness, and served on committees on Agriculture, Housing and Community Development, Health, Judiciary, Veterans Affairs, Select Committee on Ports, Select Committee on Biotechnology as well as the Joint Legislative Audit Committee. Speaker Atkins believes government policies can improve people’s lives. She is a leading voice for affordable housing, an advocate for womens’ issues, and a champion for veterans and homeless people.

Outspoken local attorney Cory Briggs will present the Citizens’ Plan for San Diego.
The Citizens’ Plan initiative would authorize the City to use the Mission Valley Qualcomm site for river-park, university-related, and tourism uses (should the Chargers decide to leave, or go downtown). These options would have a lower impact on the environment than high-density commercial projects. Research facilities instead of office space. Student housing instead of high-rises. An educational hub connecting SDSU to UCSD.
The Citizens’ Plan is presented to the voters with an unprecedented commitment to full disclosure. No tricks. No hidden references. It sets the Transient Occupancy Tax (TOT) at 15.5% for the City’s larger hotels, the low end of the average range of TOT rates in major competing cities. (14% for lodging businesses with less than 30 rooms.)
The plan eliminates a current 4% “earmark” of TOT revenues for promoting the City and eliminates the Tourism Marketing District (TMD) now under legal challenge, and then replaces both with a more legally supportable, and voluntary, self-assessment program.
Eliminating the earmark will lawfully free up approximately $72 million per year that could then be used to fix streets and sidewalks, build and maintain parks, libraries, and fire stations, and pay for other general governmental services.

Cory Briggs began practicing law in 1995 with Mundell, Odlum & Haws in San Bernardino, California, where he primarily litigated commercial and employment-related disputes. In 1998, he moved to Washington, D.C., and added environmental law and regulatory compliance to his practice while pursuing graduate degrees and teaching at The George Washington University Law School and the University of Maryland. Cory returned to southern California in June 2002, and his practice now balances small/family-owned business law with public-interest and government-accountability litigation. Briggs Law Corporation is regularly involved in public-interest and government-accountability cases. In recent years, BLC has represented clients in a variety of judicial and administrative proceedings against government and private-sector parties relating to openness and accountability in government decision-making, responsible land-use plans and practices, access to affordable housing for all members of society, prevention and remediation of water pollution, and preservation of at-risk habitats.
Find out more about our club and this wonderful January meeting by liking our FB page and viewing our website at http://www.lamesafoothillsdemocraticclub.com.
Linda Armacost, President
Jeff Benesch, VP, Programming