Panel of Supporters to Debate Issues at Local Dem Meeting

Trying to duplicate the scintillating series of Candidates Forums of the past couple of months, the La Mesa Foothills Democratic Club will tackle the Presidential Race at our Wednesday, March 2nd Meeting. Fervent supporters of Bernie Sanders and Hillary Clinton will battle for the Club’s coveted endorsement in an exchange that is sure to highlight each candidate’s strengths and weaknesses. There will be no trumping this exciting and emotional tiff between 2 great presidential candidates. Look for our talented and celebrity panel of speakers and moderators in what should be the highlight of our pre-primary exhibitions.

And that’s not the end of the evening’s outstanding agenda: We’ll also hear and vote on endorsement for outstanding Democratic Candidates in San Diego City Races in the key District 1 and District 3 contests. We’ve invited Chris Ward and Anthony Bernal to appear for District 3 and the extremely qualified Barbara Bry in District 1. We’ll follow each of the forums with an endorsement vote.

And in a recent addition, we are very excited to have our old friend Lori Saldana, now running as an independent for the office of Mayor of San Diego. The former Democratic Assembly person and longtime local politico has headlined our meetings on a couple of occasions, and always speaks truth to power, and will tell us why she’s the best candidate to replace the ineffectual Kevin Faulconer as mayor. Friend of the environment, workers, affordable housing, veterans, women’s rights, education reform, a minimum wage hike and a host of other progressive issues; Lori finds agreement with most of the ideals and aspirations of our diverse membership.

The La Mesa Foothills Democratic Club meets the first Wednesday of every month at the very nice La Mesa Community Center, 4975 Memorial Dr., just North of University. We begin with a social ½ hour at 6:30 PM with a variety of snacks, desserts and beverages provided by the club membership. Our meetings begin at 7:00 PM and we encourage all area progressives to join us for our always interesting, stimulating and thought provoking programs. Visit our webpage at www.lamesafoothillsdemocraticclub.com for a calendar, photos, and highlights of our many community activities. Be sure to like us on Facebook. Now read more about our candidates: 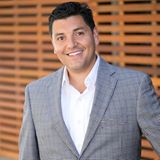 ANTHONY BERNAL One of Anthony Bernal’s first jobs was as a project manager with an affiliate of the National Council of La Raza. He provided support to working families. He was later hired by a locally-owned Engineering and Construction Management firm. His experience in managing projects coupled with a heart for the community, prepared him for the current role as Director of Business and Community Projects for San Diego Council President Todd Gloria. He also served as a member of the Human Rights Campaign San Diego Steering Committee. Currently he’s a founding member of the Cortez Hill Active Residents Group, Pure Water San Diego Working Group and President of the San Diego Sigma Chi Alumni Chapter.

CHRIS WARD Chris serves as the Chief of Staff to State Senator Marty Block, representing the communities of the Third City Council District and most of the City of San Diego. In this capacity, Chris is strongly committed to excellence in constituent services, facilitating public participation in policymaking, and organizing state and local resources to make our neighborhoods a better place every day. Previously, Chris was an environmental planner at the firm EDAW, working with local government to develop land use plans and conduct environmental review to help create inclusive, community-based solutions to neighborhood challenges and organize strategies to achieve long-term goals. Chris earned his Bachelor of Arts degree at Johns Hopkins University and a Master’s in Public Policy and Urban Planning at Harvard’s John F. Kennedy School of Government.

BARBARA BRY Barbara Bry is a high tech entrepreneur and community leader who worked her way through college and grad school, earning a Master’s Degree in Business from Harvard. As a single working mom, Barbara was on the founding team of several local high-tech companies, including ProFlowers.com, which has created hundreds of local jobs. A leader in the San Diego business community, Barbara taught entrepreneurship at UCSD and founded an organization that supports the advancement of women in the tech sector. As a business journalist, she has also spotlighted the vibrant small business community that supports our City’s economy and was honored as Small Business Journalist of the Year for San Diego and Imperial Counties by the Small Business Administration.

Barbara has deep roots in the community and has lived here for almost 35 years. She is married to Neil Senturia, raised her two daughters here, and is a proud Grandmother. She served as President of the Board of the Children’s Museum of San Diego and as Vice Chair of the San Diego Jewish Community Foundation. As the first high-tech entrepreneur on the City Council, Barbara will bring her enterprising and relentless mind-set to City Hall to keep San Diego safe, clean and prosperous. Barbara will work to create better paying high-tech jobs and help small businesses grow, so that we can invest in maintaining San Diego’s quality of life by fixing our streets; protecting our beaches, bays, and parks; and conserving our water supply. 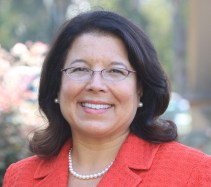 LORI SALDANA A San Diego native, Lori grew up in Clairemont in a large family of girls. The experience of being a daughter of a career Marine would later influence her legislative work on behalf of active-duty service members, veterans and military families.

Among many bills authored by Lori was the landmark Global Warming legislation. She served in the Environmental Caucus and was considered one of the state’s most influential environmental voices. She earned a 100% Sierra Club voting record during her 6 years in the Assembly. For her work on behalf of veterans, Lori was named the 2006 Legislator of the Year by the California Assoc. of County Veterans Service Officers.

Lori attended both Mesa College and SDSU getting her BA and Masters of Arts from the latter. Lori spent the year immediately following her graduation as a union carpenter’s apprentice, an experience that taught her the value of technical-vocational training, and reinforced her commitment to workforce development and San Diego’s working families. She later became a popular instructor of Business Information Technology for the San Diego Community College Dist. Lori developed and managed several educational and technical job skills programs, including a $1.5 million development grant from the US Dept. of Labor for the District.

Lori co-founded the first San Diego Earth Day Celebration in 1990, and went on to serve as Chair of the San Diego Chapter of the Sierra Club from 1994 to 1997. She was appointed by President Bill Clinton to the Border Environment Cooperation Commission in 1999 and later served as Co-chair of the Advisory Council. Since 1994, the commission has invested billions in creating cleaner water along the US and Mexico border. As a result of this work, Lori received an environmental policy research fellowship at the Center for US and Mexico Studies at UCSD.

In 2004, Lori won the first of her 3 terms in the State Legislature, including a stint as Assistant Majority Whip, Speaker Pro Tempore and Chair of the Legislative Women’s Caucus. Among her significant contributions to the legislature, she authored bills to aid Military Families, promote roof top solar, develop California’s green tech economy, and became an outspoken advocate of healthcare reform.